They all know how to do it.

The government “has an interest in” patents for the technology with the ability to real-time monitor an election … change votes … insert false voters … and predetermine the outcome of an election by applying a computer algorithm.

This is such a hard fight to get to the truth because the deception and manipulation has been happening a long time.  The corruption has grown exponentially among the entrenched elites, globalists, and communists here and abroad.  It crosses both political parties.

In our prior news blast, we included the video of sworn testimony of a man who  created an algorithm to secretly flip votes for a Republican in 2000 for a Florida election. Jerry Nadler and Maxine Waters, among others, heard the testimony.

He submitted an affidavit to Congress in support of his testimony.  His dog was shot that very day.  His testimony and warnings have been ignored.  They All Know.

This disgusting corruption crosses both political parties and involves key positions in the government itself, including, apparently, the Defense Department and the “Intelligence Community.”

The truth is difficult to face, but we must do so now if we are going to save this Republic.  They’ve been doing much of this massive fraud in plain view, and they have been telling us what they were going to do at the same time.  The proof is in the patents.

At least as early as 2003, perhaps even before the 2000 election, the United States Department of Defense itself funded the patent process for what became in 2005 a: 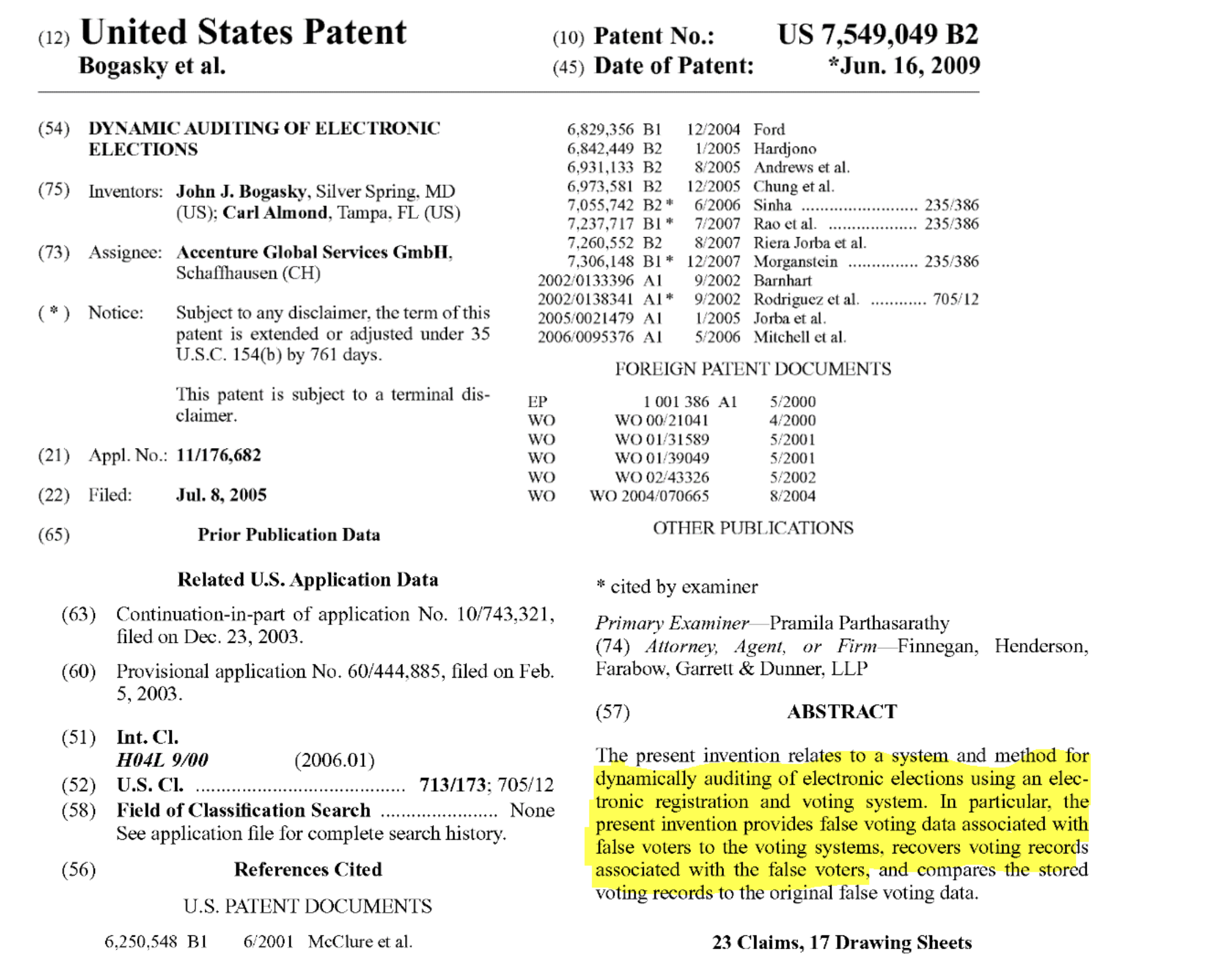 “Nothing in the system identifies” the “test” voter IDs.  “Records identifying these voters are kept manually outside the system in an election officials’ offices.”

This translates to they can be kept anywhere, and they can be inserted at will with no way to identify them in the system.

More details include a “central secure hosting environment accessible through a network, such as the internet, by a user such as an absentee voter, from any computing device anywhere in the world. . . .

The central hosting facility is also accessible by officials of a local election office via a computer, or computers, over the network.” (Emphasis added).

A user is not even required to use the same computer or be in the same place to register or to vote.  It was a one-stop shop.  It would provide “for the authentication of voters and local election office workers; the registration of voters; the creation of ballot definitions; voting and securing a ballot; and ballot tabulation.”  It would “decrypt ballots using the assigned security keys, tabulate the results, and prepare reports. . . “[2]

Then in 2006, the U.S. Army funded a project for processing votes by “applying a plurality of vote scoring methods to produce a collective group decision that is resilient to errors.”

This is fancy language for an algorithm to alter or “rig” an election, to produce the predetermined outcome.  This is what the math shows happened in the 2020 Presidential election.

The method is protected by U.S. Patent No. 7,377, 431.[3]  The original assignee is the Trustees of Stevens Institute of Technology. ­

As shown in Figure 5G, the method changes the weighting and scoring method of votes to achieve an ‘Error-Resilient Collective Outcome.’[4] 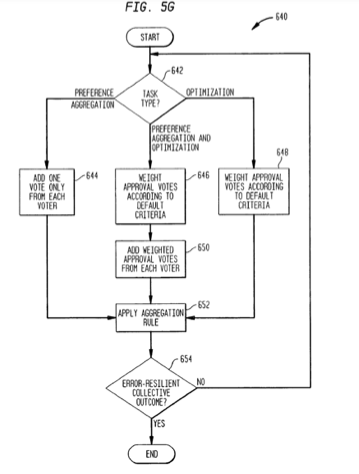 Indeed, scrutiny of the figures shows a pattern eerily similar to the 2020 Election:

Fig. 17 illustrates how, using the various modeling processes, the error probability decreases as the proportion of outstanding votes increases.[5]

We are working every day to get to the bottom of the worst fraud in the history of this country.

There is asolution.  STOP funding any candidate or election.  Demand paper ballots, precinct by precinct voting, with real voting ID.

Sidney Powell and our dedicated team at www.DefendingTheRepublic.org thank you for your support.  We work for you, and we can’t do it without you.

YOU INSPIRE US. We will continue to post more information on this site and on SidneyPowell.com.