We have a lot of information to share with you.

It often crosses our minds that we do not want to overwhelm you with information, news, and legal cases. But, then we think, nah, these people are the most knowledgeable and committed Patriots in the country, they can handle it!

1- We all have grown weary reading the headlines and seeing such demoralizing and heartbreaking events. Here is an event that was uplifting, encouraging and prayerful. Of course, you will not see any headlines about it!

On Thursday and Friday, April 15-16, in Tulsa Oklahoma an event called Clay Clark’s Health and Freedom Conference was held at Rhema Bible College in a venue that seats 4,200 people. However, 50,000 ticket requests were made.

Invited to speak were General Mike Flynn, Mr Pillow-Mike Lindell and Sidney Powell, along with a host of other wonderful people covering many aspects of the fight we are currently engaged in. (We are NOT ALONE!)

Photo courtesy of Jason Sullivan
Sidney sent a video message that was presented on Friday evening.

Here is a link for you to listen to the whole speech: https://rumble.com/vfssez-sidney-powell-in-tulsa-at-health-and-freedom-conference.html

This is real Sidney, relaxed and confident in her quest to right the wrongs of election fraud. Oh, and she got a Standing O from the crowd!!

2- We alerted you to the the audit of ballots in Maricopa County AZ earlier this week.
Defending the Republic and Sidney Powell are in support of this effort as it may be the small snowball that gets pushed down the hill and becomes a mammoth that engulfs the entire fraud of the 2020 election.

The Left knows this too!

Which is why they have unleashed everyone they can think of from The Swamp to stop the audit from happening. So far they have failed to stop it.

Now, we are hearing that ANTIFA has been given marching orders to descend on Phoenix and try to stop the audit through violence. (We keep seeing that scene from the Wizard of Oz where the Evil Witch dispatches the Flying Monkeys) 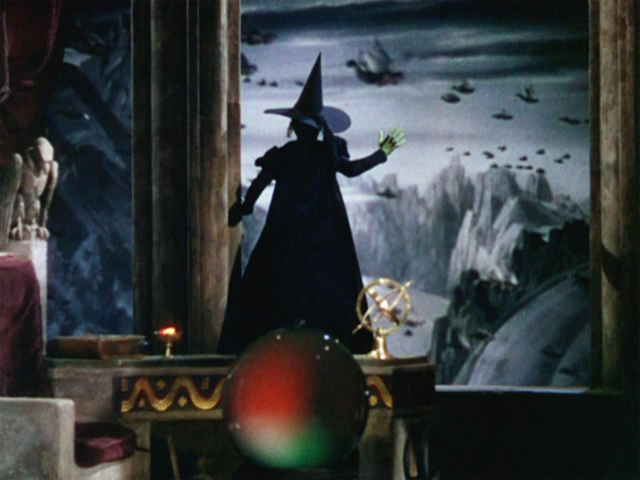 Our fellow Patriots in Arizona are holding strong. Please pray that they will have divine protection surround them and remain safe and resolute in this very important battle point for the country.

Here is a good update from The Epoch Times, which we provide in full due to a paywall.
https://theepochtimes.com/mkt_morningbrief/arizona-senate-to-start-major-audit-of-2-1-million-2020-presidential-election-ballots_3780224.html

Arizona Senate to Start Major Audit of 2.1 Million 2020 Presidential Election Ballots
The Arizona Senate, which is controlled by Republicans, is ready to start a major audit of 2.1 million ballots for the 2020 presidential election, with the recount will be done by hand this time.

The state Senate said in March they would be conducting a “broad and detailed” audit, adding that they will test voting machines, scan ballots, look for IT breaches, and perform a hand count.

The state-issued subpoenas needed in order to execute the audit have been pending since mid-December and were ruled as valid (pdf) on Feb. 25.

Since then, lawmakers have been working on the specifics for the audit. Karen Fann, the Arizona Senate president, told Just the News that the audit process will commence during the next week.

Fann said the state’s Republicans have faced “sabotage” by Maricopa County’s Board of Supervisors and that the process has been hindered.

“The Maricopa BOS has refused to allow us to perform the audit at their facilities,” Fann said, “and has gone so far as to refusing to even answer simple questions such as ‘how are the ballots sequestered?'”

“It’s taken the Senate two and a half months to win in court to uphold our right to issue subpoenas for election materials and another 6 weeks of researching to select the audit team to perform the full forensic audit.”

She said previously that their intention was “never about overturning the election, it was about the integrity of the Arizona election system.”

Fann signed a contract earlier this week to rent the Arizona Veterans Memorial Coliseum in Phoenix for about a month starting April 19, reported azcentral. She previously said that she wanted to use spaces in the county but that they declined.

She explained that there will be physical and live streaming security in the more than 20,000 square foot facility.

“The audit teams are assembling and transporting the equipment and personnel to Arizona with an expected start date of April 22nd,” she added.

Fann noted that the Arizona State Senate and auditors do not have a particular expectation of the findings.

“We are performing the full forensic audit to either dispel our voter’s concerns or, if a problem is uncovered, we must fix the problems before the next election,” she said.

“We have never accused anyone of fraud or misconduct, whether it be the hardware, software or actions of personnel,” Fann added.

“We hope there is no intentional illegal tampering but, if found, we will turn the information over to the state and federal attorney generals for their further legal action and we will proceed to make the appropriate corrections.”

A report is expected to be released in about two months, according to a statement from the state Senate.

The independent audit will be conducted by four out-of-state companies; Wake Technology Services, CyFIR, Digital Discovery, and Cyber Ninjas. Florida-based cybersecurity company Cyber Ninjas will be leading the audit, the Senate said, adding that they focus on computer application security for financial services and government clients.

According to Just the News, Maricopa County Board of Supervisors Chairman Jack Sellers told Fann in an email that the upcoming audit “is not a joint effort between the County and the Senate Republican Caucus.”

“Maricopa County will not communicate with your vendors or interpret Arizona law for them,” Sellers added.

He also said that because of the unsettled legal ramifications of the documents, Maricopa “cannot be involved in supporting your audit as to do so may expose it to liability for which it has no similar legal protection.”

The Epoch Times reached out to the Maricopa County Board of Supervisors for comment.

3- A word about The Epoch Times.
Note that the article above is from The Epoch Times.
Sometimes we will provide the whole text of articles so you do not have to add clicks to enemy sources.  That is NOT the case with The Epoch Times. We strongly encourage you to go to their website and support them in all the ways you can. They are an excellent source of unbiased news. Their newspaper, delivered to your door, will remind you of all the reasons you miss reading a newspaper! Their website and email updates are excellent.

This paper was founded by people who have fled communism. They KNOW what communism is and they are a strong opponent. Just this past week, their printing press in Hong Kong was attacked by four masked men with sledgehammers.

Communism always seeks to force the truth from being seen. The Epoch Times is a beacon for truth in the United States and in the world.

Find out how you can add this to your life.
https://www.theepochtimes.com/machines-can-be-broken-but-truth-cannot-be-stopped_3775906.html

4- The Kraken Logo Contest is in full swing!!
We have received many entries. When we announced the contest we did not give a deadline, so here it is. Please have your entry submitted by Monday, May 3, 2021 at 5pm est. We need all of you creative, funny, and artistic people to help us with a logo!

This is not a meme. We need an official logo. We would like for it to depict The Kraken, or the idea of the The Kraken. It should be clean and easy to decipher. Use your imaginations! Make it an original. You can use just words or images.

Submit your logo to this email address with the subject line: The Kraken Logo Contest
[email protected]

We appreciate all of you and your loyal support of Sidney and what she has accomplished and will accomplish in the coming weeks and months. We covet your prayers for this endeavor and for all those who are working to Defend the Republic.

We will be talking to you much more next week!